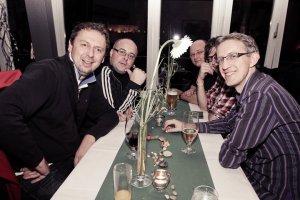 I’ve just returned from a wonderful weekend in Nuremberg at the Broadcast Symposium 2010. And it was a great opportunity to meet with European radio colleagues who have as much if not more passion for radio than people I meet day to day in the UK.

Some of these people were from stations in Germany, Slovenia, Austria and Croatia. And all were really enthusiastic about what they did, and most, if not all, look to the UK for creative inspiration and ideas. Which is good. But I really hope that we start looking towards them too. Trouble is, we don’t necessarily know what they are doing – or the great ideas that they have.

The one thing that struck me again and again is that it’s no longer acceptable to be just a radio imaging person. You need to be a composer. And a writer. And a great communicator. But also, need to have a great understanding of other media – from being able to cut great video – and be flexible in the ways you work.

Here are a few of the producers whose work you should check out: 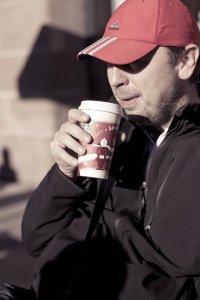 Nejc and his team, including Imaging Producer Nik šmon and Head of Imaging production Mitja Mithans provide the production support needed to make Radio Ena (Radio 1) a highly successful station. Mitja creates all the jingles for the station and others from his home studio.

Goran is the sort of person you don’t forget easily. Creative Director for Antena Zagreb. He’s equally involved in creating the audio sound and visual look – increasingly using audio and plus website video.

Competition in the Croatian market is pretty intense. 4 Million population and 150 radio stations. His company is running 3 radio stations – including Antena Zagreb – a Hot AC format but reaching a broad slice of the 18-49 population. They serve these stations with a team of 29 creative people including producers,writers, singers – and everyone knows everyone’s jobs – so that that they can collaborate across brands.

It was also good to catch up with Stefan Muller and the guys from BIG FM. You may even recognise their news sequence – it’s the old one I designed with Jem Godfrey at Wise Buddah back in 2007 for Capital FM.

I’ll try and add some audio from these guys too in the coming days. But for those of you who think the talent isn’t out there – maybe look to cast your nets a little further…