Back in 1999, it came to South Wales. It was an unusual championship, since not all of the matches were actually played in South Wales. In fact, some were played in England. One thing that struck me about the Welsh rugby fans, when I moved to Cardiff in 1998, was their passion for the game and their huge sense of National pride.

This event gave Red Dragon FM a huge opportunity. We had NO rights to be associated with the rugby world cup. And we never claimed to have any rights. But it was an event that took over the city, South Wales and was a huge topic of conversation.

At the start of the year, we had a huge brainstorm about what we could and couldn’t do. We had a rolling planner detailing key dates, key events and a countdown to the start of the championship. And of course, it provided a brilliant sales opportunity – both for sponsorship and for the sales team to book rugby related commercials,

We commissioned printed banners – one side saying “TRY” and one side saying “MISS” – both sides heavily branded – which were given out in their thousands during the first few matches. The result was that almost every time there was a goal or a miss, there were shots on TV across Wales, across the UK and around the world of the Red Dragon FM logo. In fact, if imitation is the best form of flattery, we ended up being banned from giving these cards out, and some of the key sponsors introduced them for later matches.

On air, things started early. We started counting down to the championships every day, early in the year. We already had good relationships with the Welsh Rugby Union, a number of the rugby team had connections with the radio station and the contacts with the local authorities put us in a good position to get relevant permissions to do things.

Each match day, we broadcast live from outside the millennium Stadium. We had teams of promotional crew giving out material. And we recorded hundreds of vox pops with Welsh listeners, which we used in all our imaging and promos. And we updated these daily, if not hourly, particularly after a great win or a heavy defeat. Prior to the World Cup, we recorded interviews with a large number pf the Welsh squad. We used these in news bulletins, within promos and they also guest hosted the “Top 10 at 10” on match days – picking their songs and describing their thoughts as they prepared for the big games.

As the campaign progressed, we even created a long form production piece that played a couple of times a day, featuring vox pops of players and fans. I very much doubt whether it’s the sort of thing that would sit comfortably on air on many stations these days. But there are some elements that would still work…

Never underestimate the power of passionate, vocal listeners. I’d never argue for using them simply to get voices on air, but when there’s a reason, it can be very powerful. I’m looking forward to hearing some great examples from the other side of the world in the weeks to come.. 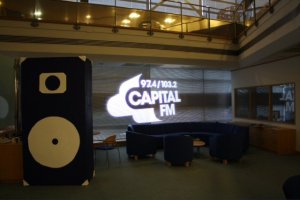 Red Dragon FM holds a place dear in my heart. I worked there from 1998 (just after Capital Radio group originally took it over) and left there in 2002 (to head up the production department of the original Capital FM network). Those 4 years were really special – due mostly to the friends I made, the stuff we did and the City I still love. It was even the last station I did an on air shift on – covering a week of drivetime. From what I remember, the advice of the Group PD at the time (Clive Dickens) was to “shut up and just play the hits, mate”. Good advice!

Since hearing that Red Dragon FM was to become part of Global Radio’s Capital FM network, I’ve been trying to work out what to write as it breathes its last breath.  And now that day has arrived.

I spent a couple of hours last night searching through a box of CDs listening to audio – and was pretty proud of what I heard.

This was the first huge station I’d worked at and it had a large  pool of creative people. When I joined, Andy Johnson was the PD and the station was operating from the original premises in West Canal Wharf. On my first night, I was given a whistlestop tour of the patch by the drivetime guy, Warren Moore and the station producer Richard Firth. We ended up drinking beer looking over the Bristol Channel and having chips from a Chippie on Barry Island seafront. Class!

Capital Radio had bought the station from Emap and set about updating facilities and output. Capital’s influence on the station was pretty big to start with, but we always retained a distinctly Welsh feel to the sound and output. Within weeks, we were running the Birthday Bonanza promotion along with Capital’s BONG game. We even took some of the Groove Addicts jingle package of the time.

On air at that time (on Red Dragon and Touch AM); Jason Harrold and Emma Hignett on breakfast, Bobby McVay and Chris Moore, Tony Wright, Warren Moore, Charlie Power and Chris Bloomer. Then later, Ben Weston, David Francis, and Justin (Dai/Welshy) Waite. Beverly Cleall-Harding was MD, Nick Davidson ran the (huge) sales team and Andrew Jones ran an equally large news desk. Over time, people like Eirwen Parker, David Couch, David Rees and Simon Price joined the team with people like Alun Jones, Steve Martin and many many more. It was testament to the skills and creativity of that team that so many people moved on to other bigger roles with Capital or GCap. And so many more continue to make a massive contribution to radio in South Wales.

I guess much will be written about how another heritage station is being wiped off the map. But things change. Capital FM is sounding great as a hit music station in London. And Red Dragon has sounded almost identical to  Capital for the past year or so anyway. Of course, there are some things that it’s harder to reflect in a station mainly produced from London, as I noted back in September.

To be honest, Red Dragon has changed loads since when Capital first took it over in 1998. The name may now be gone, but Red Dragon was always about an attitude, a pride in a city, a culture and a lifestyle. That has evolved as Wales has changed over the last decade or so. This is probably just a natural progression. And there’s no point aiming criticism at the team in Cardiff. I’m sure they  are just as passionate about their station as they were when they joined.

So, let’s not dwell on yet another change to the radio landscape. If you worked there, be proud that you did. If you listened, thanks. And if you work for the new Capital FM South Wales – good luck.

PS: Does anyone really know how many people (and animals) Cerys Matthews had in her entourage back at THAT Party in the Park??

For those who like a little nostalgia, here are a few gems from the my archive for you. 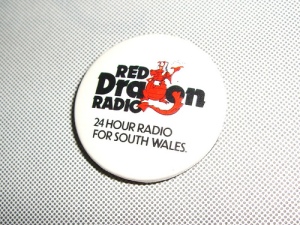 So the long talked about rebranding of Red Dragon FM has finally happened. Pretty soon, Red Dragon FM will become another footnote in history.

As ever, people such  as Matt Deegan, James Cridland and Nik Goodman have analysed what it means for the business in ways far better than I can attempt.

My views on the “Globalisation” of commercial radio have been stated before. It makes sense for their business model. It makes sense for many large advertisers. And put simply, it makes it far easier for the company to only have to manage brands rather than stations. But that doesn’t make it any easier for another passionate team who now have an uncertain future in a rapidly shrinking radio jobs market.

Listening to Red Dragon FM a couple of weeks back, the station sounded great. It was however using the same jingles as Capital. And some of the same voices. And like Capital, it’s a great listen (if CHR format radio is your thing). But, it sounded truly local – with loads of local voices. So will this really change things?

There were rumours of Red Dragon becoming Capital FM back when I worked at Red Dragon back in 1998-2002 – (and to be honest, the name change works fine – it is a Capital city). But back then, we were allowed a big nod to sounding local. Our aspirations were as big as Capital in London. And the audience figures steadily rose.

However, the one key element we added (and which the guys at Leicester Square couldn’t give us) was a large dose of National Pride. It was (and from what I understand still is) pretty hard to persuade the guys in London what being Welsh actually meant. At the time, we played a far more localised playlist – with a bigger dose of the Manics, Stereophonics and Catatonia than was heard in London and Birmingham.

And one time it really worked well was during big Rugby matches. 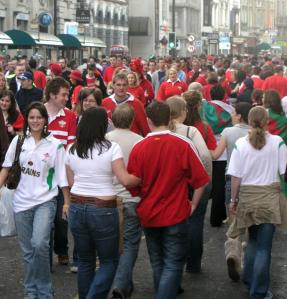 If you’ve never stood on St Mary’s street in Cardiff during a Welsh Rugby International, then chances are, you have never felt a sense of pride like it. I guess it happens outside Murrayfield too. But there’s an intense passion. The sense of pride and emotion and excitement that lived on air during the 1999 Rugby World cup was immense. We owned the city – and the listeners loved it.

And we went big on it in all elements of production

When Capital launches in January, if they don’t keep some element of Welshness, I think they could be missing a trick.Does it matter? Will the listeners really care? Time will tell. But I guess Real Radio and Nation Radio will ramp up their Welshness a little bit more.

Still, there’s at least one part of Red Dragon FM’s name that will live on.

The centre they broadcast from was rebranded from Atlantic Wharf to The Red Dragon Centre a few years back.

Global might find it harder to change that to the Capital Centre – since one of those already exists. 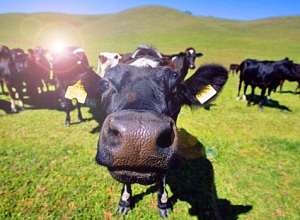 So a creative challenge has been thrown down by my friend Steve Martin via this month’s  Earshot Creative Review.

Aside from anything else, it’s a great listen. I don’t think I’ll be able to find an opportunity to get a cow noise in my curent campaign for the BBC Proms. But did manage to get loads of cows in a promotion on Red Dragon FM back in 2000. The station’s sonic logo even featured a cow for the duration! This was a time when we were allowed to do crazy promotions, free form scripts and have fun.

I read with sadness this morning via Radio Today  the news this morning that the legendary american voiceover Brian James – much used in radio station imaging in the UK in the late 80s and 90s – has died.

To me, he epitomised the sound of large market radio in the UK, when stations were striving to emulate the big American sound. He was the voice used on stations such as Capital FM in the early 90s and created a high energy powerful sound.