Tonight sees the Brit Awards in the UK. Unlike the Grammy Awards (with over 100 different awards), the Brits are a more manageable affair – celebrating mostly British artists and talent with a few overseas categories thrown in (to make it a bigger show).

For many radio stations, this is a huge deal – particularly for stations Capital FM and Radio 1.

There was a time when the whole of commercial radio got involved with helping choose the British Single (essentially the biggest songs played on commercial radio that year). Now, it’s purely the preserve of Capital FM listeners to have their say. And it’s surely one of the biggest days in Capital’s music calender – along with the Summertime Ball and Jingle Bell Ball.

Back when I worked at Capital, it was a pretty big deal. We’d run packages supporting the voting, have weekend giving away tickets and of course do a couple of shows from backstage too. But now, it’s way bigger than that. Take a look at their website and it’s nothing but Brits. Listen on air for the last couple of weeks and its been all about the tickets. And today, it’s everything Brits. And let’s face it – it’s all about the music that (on the most part) is at the heart if their playlist. 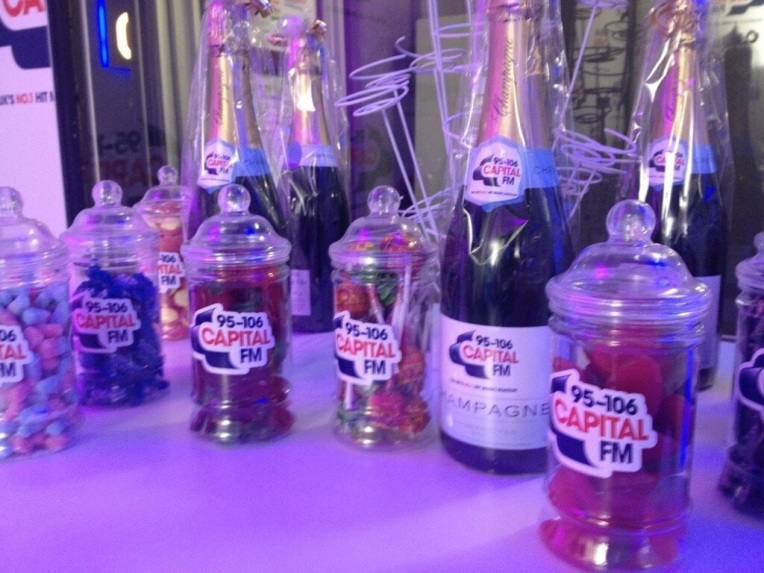 But as well as being jammed full of relevant, relatable content for their listeners, it’s obviously a huge opportunity for Capital to shout about their brand to anyone who listens. It’s live on ITV, so expect to see their current TV advert at every opportunity as well.

As with any radio brand, it’s all about talking abou t the content that’s relevant for your listeners. There are still many sales people in particular who have a lack of understanding of what brands would work alongside their radio brand. I doubt it happens as much now, but there was a time when even the sales team at GCap bought us promotions briefs for a dog food winning weekend.

And whilst Capital will be getting its branding in everyone’s face tonight at the Brits, I doubt you’ll see any of these on the tables – which I actually think are their best piece of targeted visual marketing ever. Beans Means Hits..?