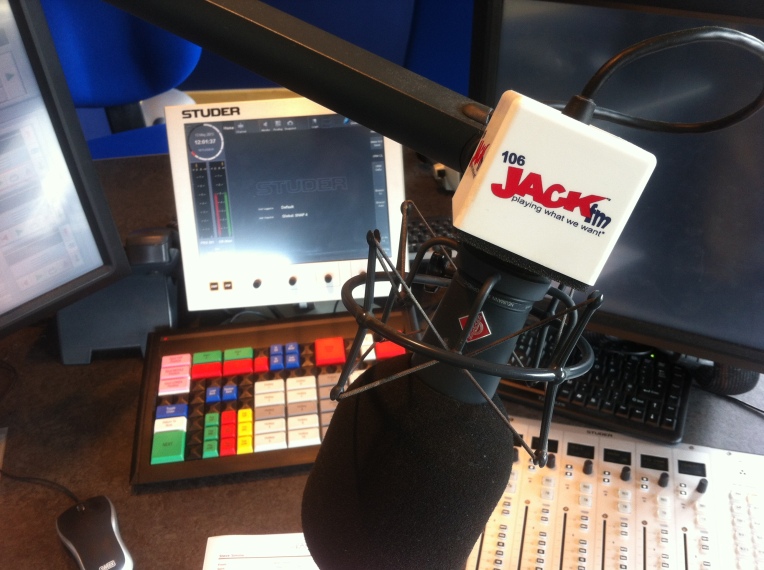 It’s really easy to get tied up in the day-to-day grind of working in radio.

And it’s sometimes easy to forget that radio is about being creative.

Tonight I’m really proud that the team at JACK fm South Coast are nominated for a coveted SONY Radio Award.

I’ve been nominated before – in other categories, and at other stations. I’ve won a Bronze, and been involved in a couple of events that won Gold Awards too. But I’ve never had a nomination  for the Best Station Imaging category. So this is really special for me – and for everyone here at the station.

Some of our team have been nominated before – for other awards – and at other stations. And it’s easy, particularly if you are part of a huge group, or the BBC, to treat this type of event as something that is deserved – or expected. For a lot of smaller stations, this is a really big deal.

And it doesn’t actually matter if we win a Gold, a Silver, a Bronze or even are just finalists. The fact is, we’ve been recognised as being good enough to be nominated.

I’m proud to say that I’ve also worked alongside or with most of the other people or teams that are nominated in this category tonight. And that makes it a bit more special too – as if we don’t win the biggie, we can cheer on other people who deserve the win as much as we do. The Earshot Creative guys have written a nice blog about it too. And you can see all the nominations here.

Sometime’s it’s not the monetary reward that motivates people (though it helps). Sometimes a little recognition or a thank you is all that is needed.

Good luck if you are nominated in any category tonight.

I recently wrote that I’d been nominated for a Sony Radio Award. On Monday night, the awards took place in London, and my work for Puretonic Media and BBC Radio XTrails won a Bronze award. Very happy etc etc… A nice end to a year working at Puretonic Media – and a very nice start to the new job at the BBC.

And Justin Kings at Newsleader Media Consultancy has some interesting thoughts about the Sonys here.